Russia, North Korea, Iran and China are the primary nation states trafficking in cybercrime. Each has different motives.

And then there is China. The country is able and willing to play the long game. It doesn’t wish to destroy other societies, economies or governments – it merely wishes to dominate and surpass them. This can be achieved by having better technology and a stronger economy. For now, China must play catch-up in both areas, and it uses cyber to achieve this. The primary method is cyberespionage to steal state and technology secrets.

Interestingly enough, due to China’s on-going Five-Year Plans, it’s possible to somewhat predict where the country will apply its cyber capabilities. Since the initial plan was released in 1953, these plans have been issued by China to show the nation’s overall focuses for the next half-decade. The current targets are U.S. healthcare, defense and other industries in Artificial Intelligence and data centers to support their 14th Five-Year Plan.

The U.S. government estimates a loss of billions of dollars a year because valuable research and intellectual property that have been stolen from U.S. companies and research institutions by Chinese hacking and spies.

Due to the seriousness of China’s aggressive cyberattack strategy, this year, the FBI is releasing a documentary: Made in Beijing—a plan for global market domination.  By exposing the four most common methods of how the CCP steals trade secrets from American businesses, this documentary creates a compelling narrative for the private sector to help businesses recognize the urgent need to protect their intellectual property against sustained and ongoing industrial espionage,  https://www.fbi.gov/video-repository/made-in-beijing-030722.mp4/view 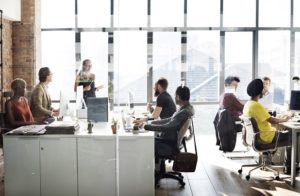